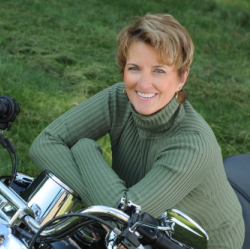 Between the innocence of infancy and the recklessness of humanity lies a wild-eyed unsung hero known as a writer. I detest the word author, it sounds far too pretentious. I’m a scribbler. Thanks to the plethora of recent self-published books, there are many misconceptions about the writer’s role and what he is really like.

Writers can be found in bars, in arguments, in bed, in debt, intoxicated and sometimes in their study. They are tall, thin, dark, fair, but never normal. They hate tax returns, sympathy, and the written word presented poorly. A writer’s secret ambition is to be loved by everyone who reads his books. A writer is a psychoanalyst with a battered old copy of Reader’s Digest on the table, Don Quixote on his days off, the saviour of mankind with his back teeth awash and democracy personified when dealing with the authorities, whatever form these ‘authorities’ take.


No one is subjected to so much abuse or wrongly accused so often or misunderstood by so many people as the writer. He keeps the Brazilian coffee plantations, the aspirin factories and the midnight oil manufacturers in business. He writes his truth quietly and never backs down.

On a daily basis he converses with people who are convinced they know more about writing than he will ever know. He can never be right. When he simplifies, he's patronising. When he gets a little technical, he's talking over their heads. Half the people wonder what he does for a living while the other half think they know exactly what he does but are convinced he's doing it wrong! He has more critics than Osama bin Laden, Colonel Gadaffi and Barack Obama combined.

A writer is a provider when you want something to read and a parasite when he wants paying for the hours he puts in. He has the patience of Job, the honesty of a fool, and the heaven-sent ability to laugh at himself.

At varying stages at the computer the writer will feel irritable, confident, tired, emotional, intelligent, articulate and isolated. Until finally he is weary of the whole human race.

I know because I am one of these great men.