Romancing the Genres 2015 Predications for Authors and Readers - reblog

I recently read this blog article written by Madelle Morgan. I decided to repost it here.  What do you think? Let me know.

2015 Predictions for Authors and Readers

One age group in particular has the biggest impact on book trends and sales. No, it's not young adults. Baby Boomers - the generation of post-World War II babies - are now in their fifties and sixties. The enormous spike in the U.S. population between 1946 and 1964 is shown in red in this graph(scroll down the linked page).


As they grew, those millions of extra people had, and continue to have, major economic and cultural impacts. As children they drove construction of new schools and suburbs to accommodate them. In their twenties and thirties they adopted computer technology quickly, thus transforming the workplace.

They generated a huge demand for consumer goods and entertainment (music, movies, television, books) targeted to their demographic, through their teens, young adulthood, and child-rearing years. The buying power of Boomers in their early senior years is stronger than ever.

Now the youngest Boomer is in her early fifties, with more free time. Her children - the Baby Boom Echo generation, akaMillennials - have hopefully flown the nest. Millions of Boomers are retired but active. They're computer literate and know their way around the internet. They're better educated than any generation before them, and like to learn. They read on their phones, on tablets, on e-readers, and in print. Soon their eye glasses will have built-in screens!

1. The Rise of Boomer Lit

What type of romance does a typical woman in her fifties and sixties like to read? I predict that Boomer women will apply their massive buying power to novels that engage emotions and brain, and are relevant to their stage of life.

I don't need a crystal ball to note that Boomers are driving the popularity of historical romances set in the twentieth century. We're already seeing the emergence of movies (The Great Gatsby), television (Downton Abbey) and novels set in the early 1900s to WWII. USA Today bestselling author Sharon Page's latest novel is an example of this trend. 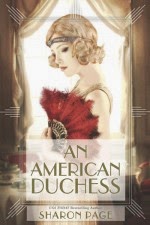 2. The Decline of Erotica Sales

Unfortunately many women in their fifties and sixties have lost partners to death and divorce. Who of a certain age doesn't fantasize about a second chance with a high school or college sweetheart, or the one that got away? Jove's series in the 1980s was possibly thirty years too early! 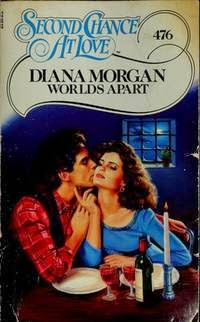 4. Search for the Meaning of Life

Wisdom arises from living more than half a century. I expect authors will fictionalize their personal growth and life lessons, helping readers put their own experiences into perspective.

Surge in audiobook sales and subscriptions.
Boomers will like to listen while gardening, exercising, walking the dog or doing crafts.

Virtual reality systems will take off as the technology becomes affordable.
Game graphics are already incredibly realistic. The next evolution is virtual interactive and immersive experiences via headsets. Boomer gamers will snap up games that include romantic relationships, exotic settings, and great storylines. Others will love the opportunity to virtually "travel" without leaving the comfort of their armchairs or emptying their wallets.

Readers, do you think these predictions are way off base? What are your predictions?

Madelle's romantic suspense, Diamond Hunter, will be available in January on Amazon KDP Select. To receive notification of free days and deals, "Like" her Facebook page. Please ensure you take the second step of using the "Like" pull down menu to "Get Notifications".